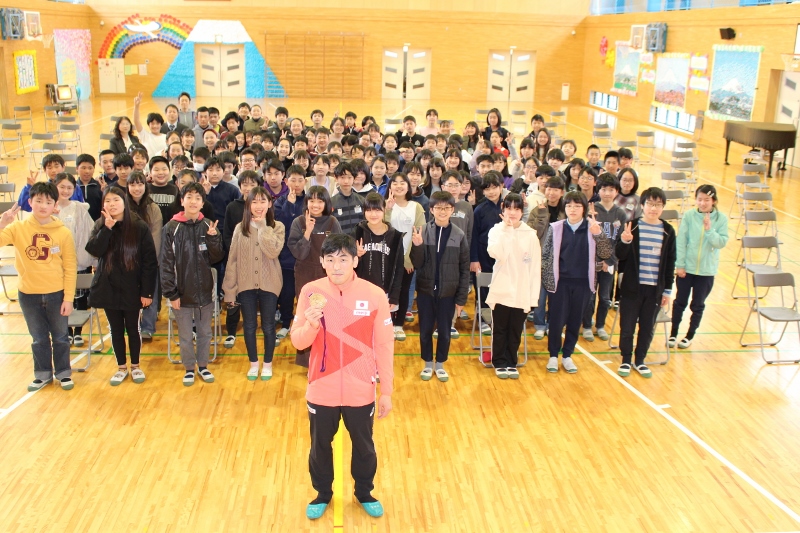 Fujiyoshida City was designated as a Japan Olympic Committee (referred to henceforth as “JOC”) partner in March 2020. As part of a series of commemorative events in celebration the one year anniversary of the city’s designation, local Olympian (London Olympic gold medalist in the freestyle wresting 66kg weight class) Tatsuhiro Yonemitsu was invited to speak to students at his alma mater Yoshida Elementary School.

Titled “Learning from Mr. Tatsuhiro Yonemitsu,” the presentation was geared toward 6th graders and included stories of his childhood and memories of the school as well as his path to earning a gold medal at the London Olympics. The students were given an opportunity to touch the medal and exchange commemorative gifts and finished with a group photo. 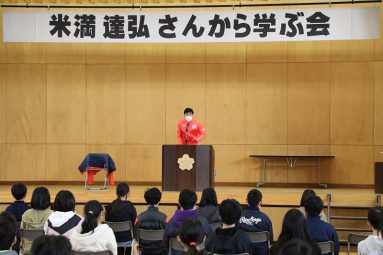 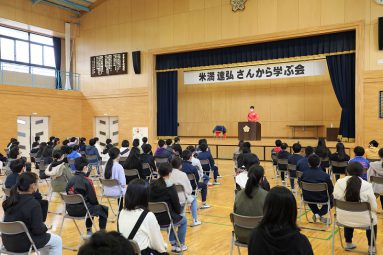 Mr. Yonemitsu instructed students to work hard at every endeavor and to pursue what it is that they really want to do sports or otherwise. 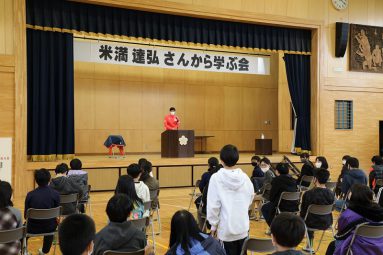 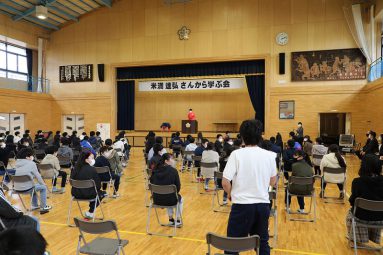 Students asked Olympic-centered questions like “when did you know that you wanted to by an Olympic athlete?” and “how did you feel when you won your gold medal?” alongside some more lighthearted questions like “what kind of training should I do to get big muscles?”

【Up close with the gold medal】 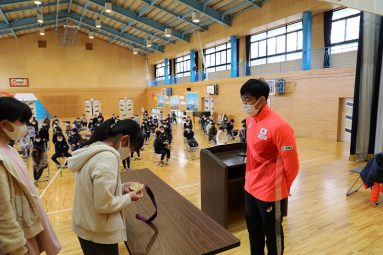 Students talked about how the medal was larger and heavier than it looked on television and how happy they were to have an opportunity to actually touch a medal in person. 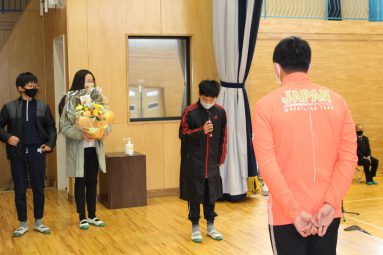 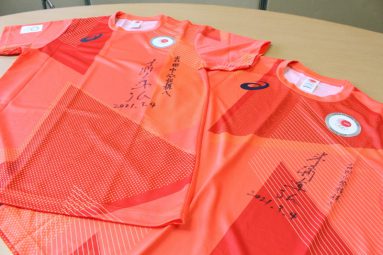 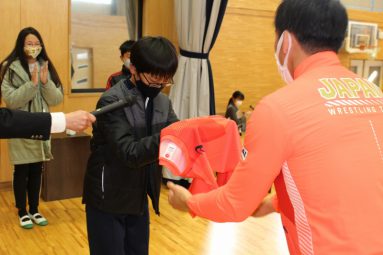 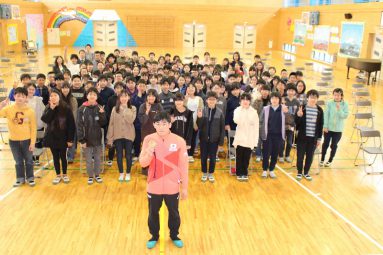 Please see the links below for other efforts to celebrate the one year anniversary of the JOC Partner City designation.