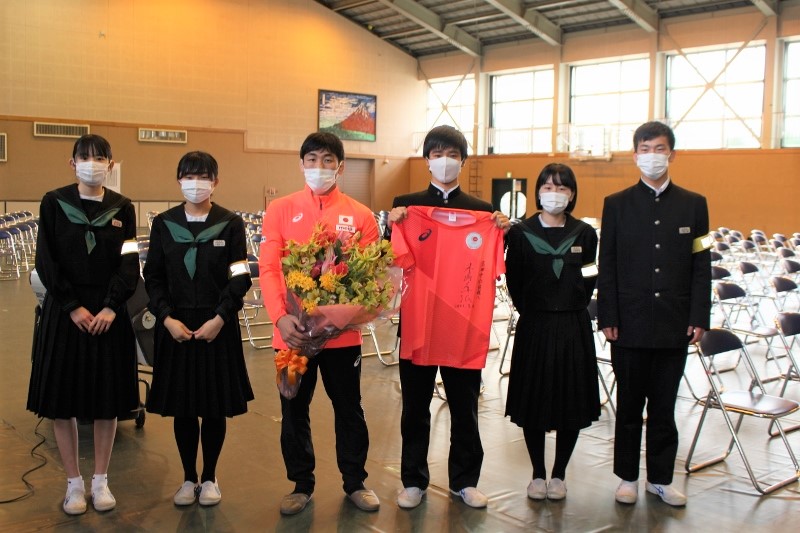 Fujiyoshida City was designated as a Japan Olympic Committee (referred to henceforth as “JOC”) partner in March 2020. As part of a series of commemorative events in celebration the one year anniversary of the city’s designation, local Olympian (London Olympic gold medalist in the freestyle wresting 66kg weight class) Tatsuhiro Yonemitsu was invited to speak to students at two of his alma maters Yoshida Elementary School and Yoshida Junior High School.

In a presentation titled “What Tatsuhiro Yonemitsu learned through his experience at the Olympics about what is important in life” he spoke with 3rd year students about his beginnings as a junior high school judo wrestler, the ten years between when he began wrestling in high school and his Olympic gold medal win, as well as what he values and sees as important in life. Similar to his appearance at Yoshida Elementary School, there was time for students to touch the gold medal and exchange commemorative gifts and the students later sent reflections and messages. 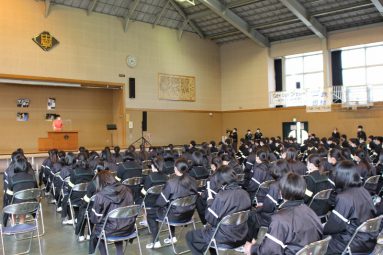 Mr. Yonemitsu told students that by getting immersed in something satisfied make their daily life or feeling fulfilled and fully enjoylable. 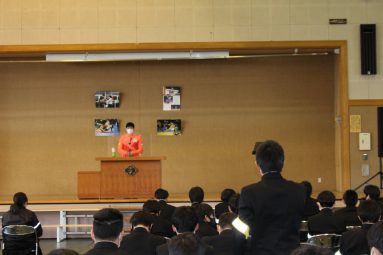 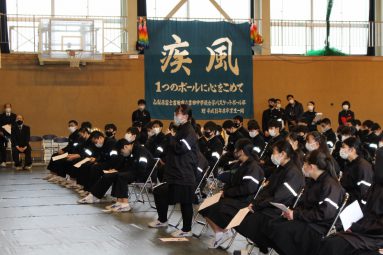 In response to a student’s question about how he calms himself down when he feels nervous, Mr. Yonemitsu responded, “I used try to calm myself down but after reading a certain book, I learned that being nervous can actually help your performance.”

【Up close with the gold medal】 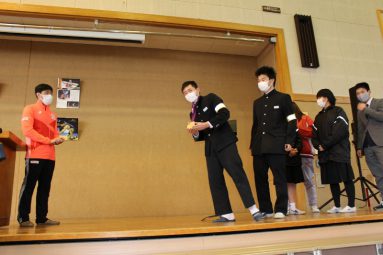 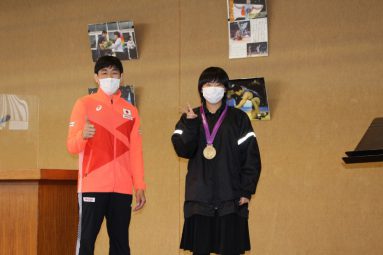 Many students took pictures with Mr. Yonemitsu while wearing his gold medal and were visibly excited by the opportunity to get so close to something that they typically wouldn’t be able to see in person. 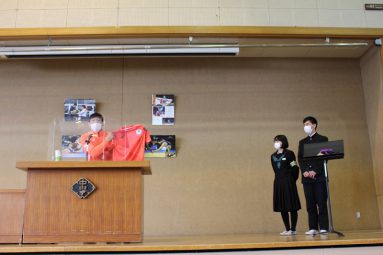 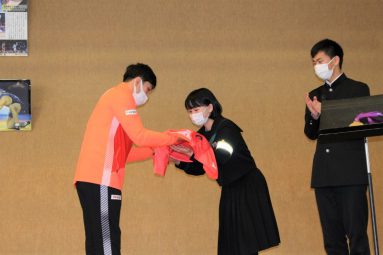 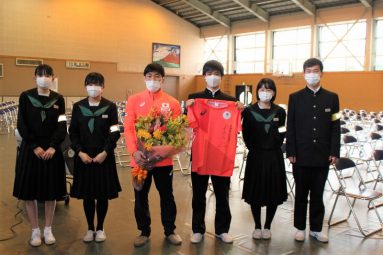 【Collection of messages from students】 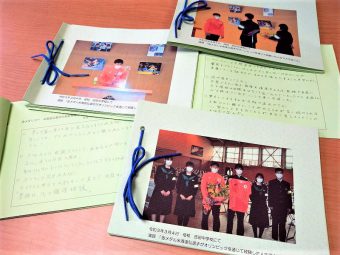 Students sent a collection of messages to Mr. Yonemitsu in the following days with reflections on his presentation and determination for the future.

Please see the links below for other efforts to celebrate the one year anniversary of the JOC Partner City designation.