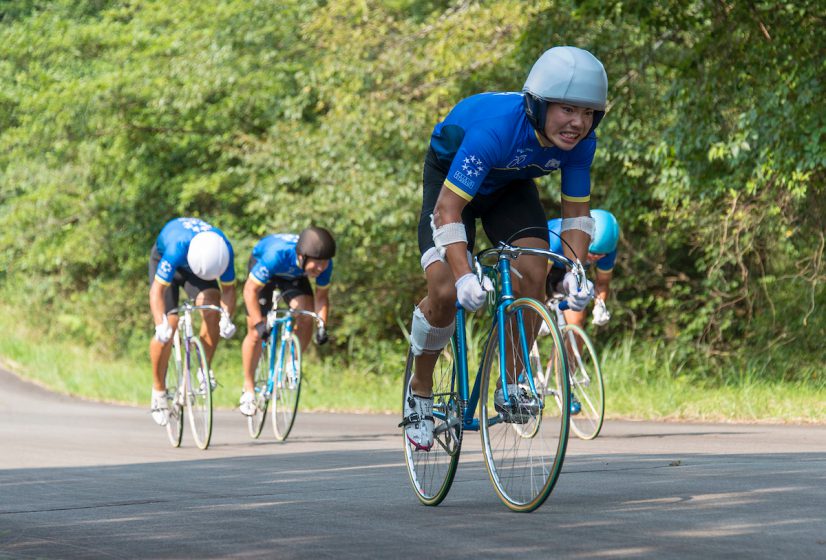 Strapping on helmets and switching on our ebikes, we set off along the banks of the Kanogawa River in Izu City, Shizuoka Prefecture, on a leisurely ride that takes in verdant, mountain-backed scenery, wasabi paddies and fishermen thigh-deep in the river casting their lines for ayu sweetfish.

On a clear day, you can even see Mt. Fuji – one of about 30 views of Japan’s sacred symbol in this part of the Izu Peninsula, says Junichi Goto, our sprightly 72-year-old guide.

The cycling course is one of many in and around the river, which is a relic, Goto says, of a time long ago when Izu was an island gradually squished into the mainland by tectonic shifts, meaning, unlike other south-flowing rivers in Shizuoka, quirky Kanogawa runs northward.

“The goal is to make Izu Japan’s cycling mecca,” says Goto, who manages the city-run Izu Velo, an ebike rental service outside Shuzenji Station in the heart of Izu City. “Hopefully next year’s Olympic Games will put us even more firmly on the map.”

They are already well on the way. In recent years, Izu City and other municipalities have joined forces with private enterprises to marry a plethora of cycling routes with requisite infrastructure.

The result is a cycling paradise that makes the most of the stunning and varied natural environment of the peninsula, which juts into the Pacific Ocean about two or three hours southwest of Tokyo.

Three years on, Japan’s only school for keirin cyclists was inaugurated 2 km away, while in 2011 Japan’s first velodrome was unveiled within the JCSC grounds. (A second opened within the school this year reportedly makes Izu the only municipality in the world boasting two velodromes.)

In the early 2000s, the city looked to strengthen its cycling image, with the Izu stage added to the Tour of Japan, Japan’s biggest international cycling road race, in 2005. To mark this occasion, Izu City also began the annual Cycle Festival Izu event, where people of all ages can enjoy cycling, the same day.

Outside the region these facilities remain relatively unknown, though they have caught the eye of officials in Tokyo, says Izu City official Mayu Watanabe.

“There was a plan to create a temporary velodrome (in Tokyo) for the 2020 Olympic Games, but after discussions between Tokyo and the International Olympic Committee the Izu Velodrome was  deemed suitable and a more cost-effective option,” says Watanabe.

While seating is currently being added to the site, it has hosted national competitions and the 250-meter wooden track fully complies with international standards, she adds.

As it already features a mountain bike course, the JCSC also has been selected to host mountain biking in 2020, she says.

Local authorities and businesses are hoping to tap in to the buzz caused by these selections and maximise the potential of the region’s rich cycling environment and history.

In addition to opening three “rentacycle” outlets in the region, Izu City and other municipalities have unveiled numerous courses of varying levels of difficulty. Introduced via comprehensive cycling maps, they are also indicated by a system of blue chevrons on the sides of roads.

Meanwhile more than 170 “bicycle pits” at public facilities, parks and businesses – including convenience stores, cafes and restaurants – offer cycle racks, pumps and repair kits, while vending machines along the routes stock inner tubes and other cycle essentials, says Koichi Yagi of the Izu Development Association (IDA), a regional tourism association that also aims to bring together public and private organizations to develop new initiatives in the region.

Some buses and trains in the region also provide bicycle racks, while local taxi services have retrofitted some of their fleet to assist cyclists, Yagi adds.

Also in Izunokuni is the ultra-chic Kona Stay, one of three accommodations in the Izu region that welcomes cyclists. Among its facilities is a bicycle repair space and bicycle racks in each room.

“We’re seeing more and more foreign customers, many doing the 200 km around Izu course,” says Kona Stay’s Yuki Tsuchiya. “We hope to see many more during and after the Olympics.”