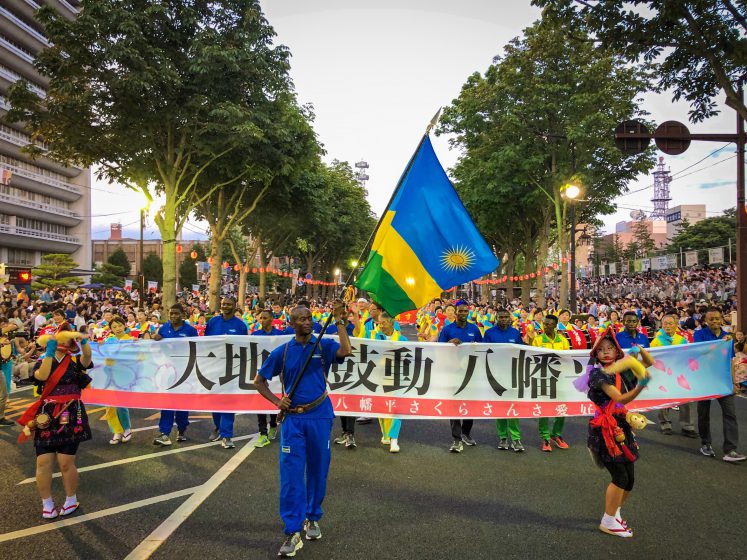 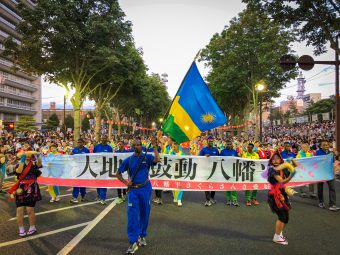 Hachimantai City is where the Rwandan Olympic team will stay as their host town during the Tokyo 2020 Olympic and Paralympic games. Cultural exchanges between the two regions began when they were experimenting the growth of the Japanese gentian on Rwandan soil, which eventually lead to Hachimantai City being selected as the host town for Rwanda. In order to promote international exchanges with Rwanda, the city has organized a number of events below.

Exchange event with the Rwandan athletes 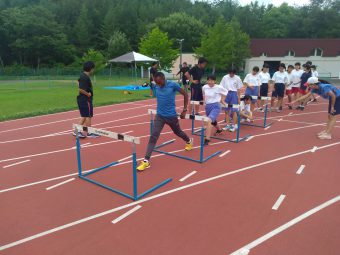 A training camp was held in Hachimantai between July and August 2019 for the Rwandan Olympic team, where athletes interacted with the local community by visiting schools in the city, and also nearby regions. They became very close with the students by participating in their school’s field day and festivals with them, in addition to interacting with many of the local residents. 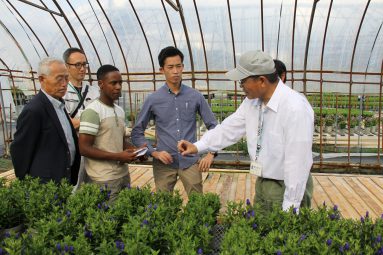 From August 26 ~ 28, 2019, employees of the Bloom Hills Rwanda, Ltd., a Japanese company based in Rwanda producing the Appi-Japanese gentian for European export, visited Hachimantai. They visited the flower field and the work space, and also interacted with local farmers. 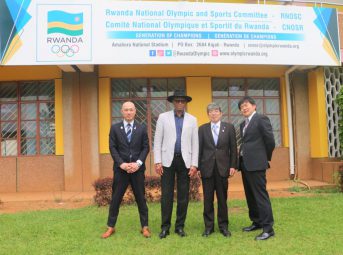 In January 2020, a delegate including the vice-mayor of Hachimantai visited the Rwandan Olympic Committee to discuss details of the schedule, games, participants, and the potential opportunity to resume cultural exchange activities after the games. Additionally, they visited a local company producing the Made-in-Rwanda Japanese gentian to check production progress and to provide additional guidance on its production procedures.