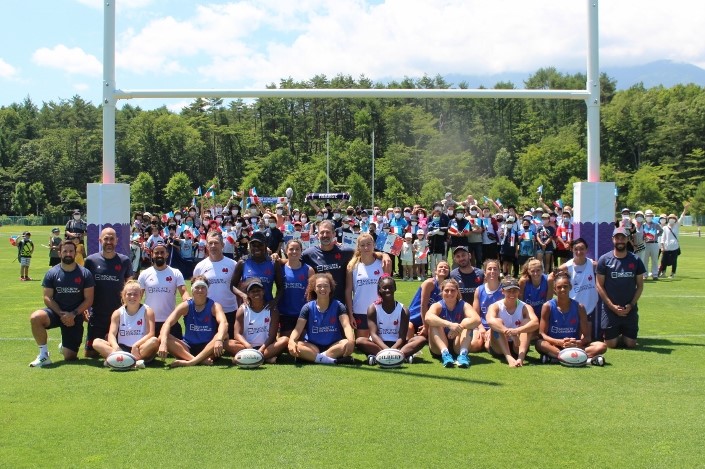 The French Female Rugby Sevens prepared for the Tokyo 2020 Games at their pre-tournament training camp in Fujiyoshida City. Their training camp lasted July 11-26, and on Sunday, July 18 and Thursday, July 22, the team’s practice was opened to the public following strict COVID-19 prevention guidelines.

Social distancing was enforced to ensure that there was no direct contact between players and spectators. Spectators were instructed to clap and wave flags in lieu of cheering while watching the practice. Aside from being able to watch the team practice, spectators participated in a raffle with a chance to win some French team goods and were invited to write a message to the team on a large banner. 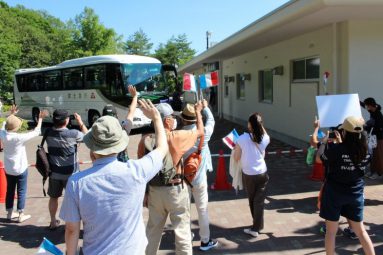 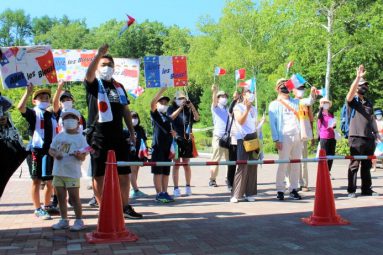 Local children brought a board with the words “Allez Les Bleus”” 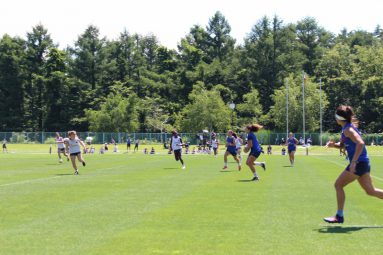 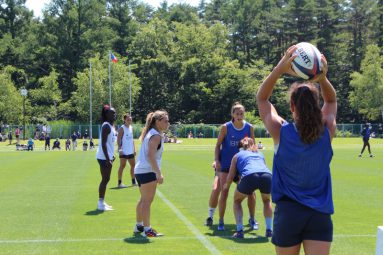 The team had a practice game. Spectators could be seen cheering after tries. 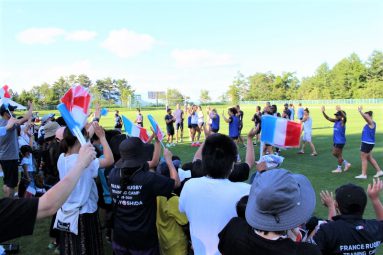 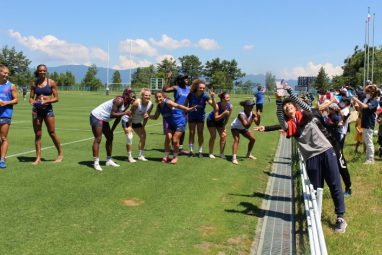 Once their practice ended, the team, unprompted, raced over to the sideline to wave at the spectators. The spectators could be seen waving the French flag and clapping for the team. 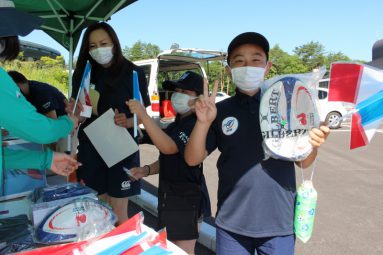 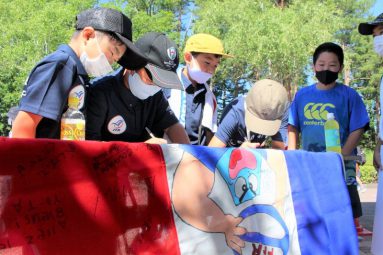 Several children participated in the raffle which included goods such as a polo, rugby ball, and water bottle. They could be seen with the goods they won in hand while supporting the team from the sideline. Many spectators wrote messages of encouragement to the team on a large banner. 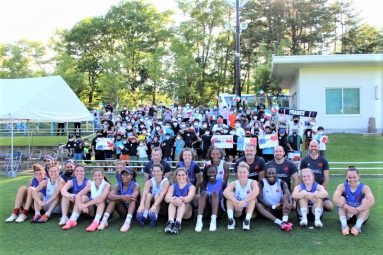 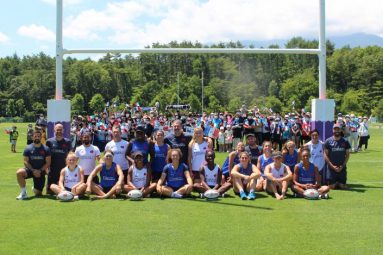 In line with COVID prevention guidelines, the number of spectators was capped at 150 people and the maximum number of spectators attended each of the two practice days. We hope to continue our exchanges with the French Rugby Federation in hopes that one day we will be able to host public practices without any restrictions so that even greater numbers of spectators can participate.