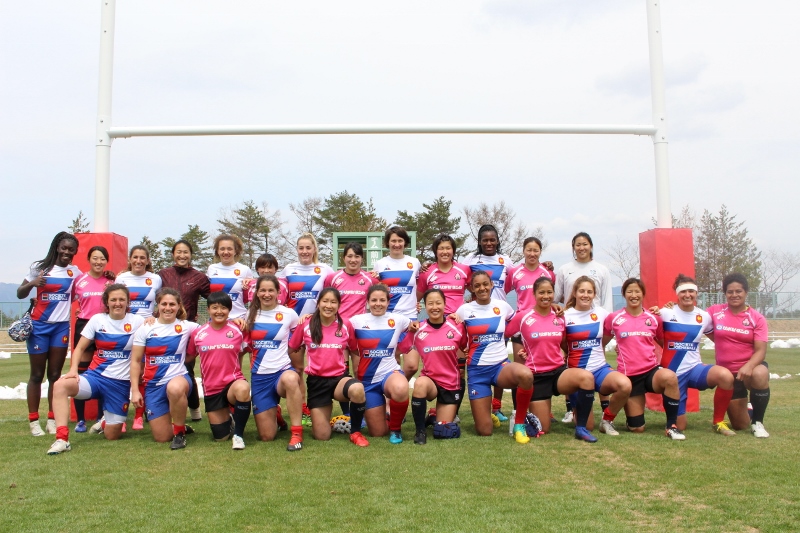 The city of Fujiyoshida signed a preliminary agreement with the French Rugby Federation in December 2016, designating the city as the men’s and women’s rugby sevens’ pre-tournament training site leading up to the 2020 Tokyo Olympic Games. The agreement was refined and finalized in March 2020. Following the signing of the first agreement, the city served as the training camp site for the French Female Sevens for two years consecutively in April of 2018 / 2019 as the team acclimatized prior to the HSBC World Rugby Women’s Sevens Series in Kitakyushu.

During their training they faced off against the Japan Sevens Development Squad in a public exhibition match at Fujihokuroku Athletic Field, wowing crowds of local spectators who cheered at their exciting plays.

At the team’s welcome ceremony, the “Fujisan Kaen Daiko no Kai,” a local taiko drumming troupe, put on a spectacular performance after which the team and staff were invited on stage to try their hand at drumming themselves. It was a moment of pure and joyous cultural exchange.

For Fujiyoshida, this opportunity to serve as the training site for the French national rugby teams leading up tournaments like the HSBC World Rugby Women’s Sevens Series and the Rugby World Cup has served as an invaluable simulation for the 2020 Tokyo Olympic Games. We are committed to continuing to work diligently to ensure that we are fully prepared to host the teams in 2021. 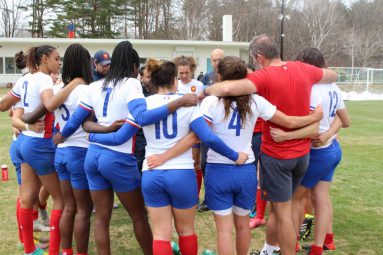 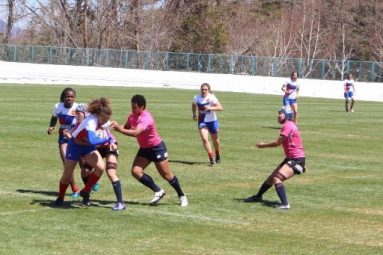 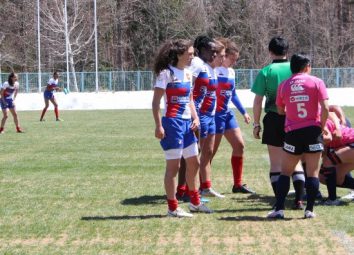 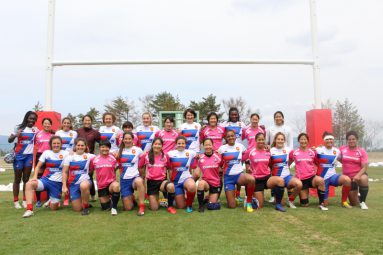 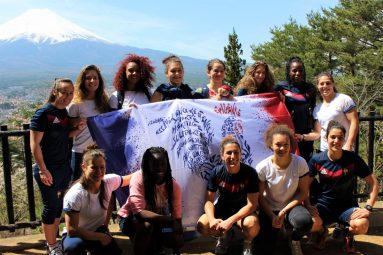 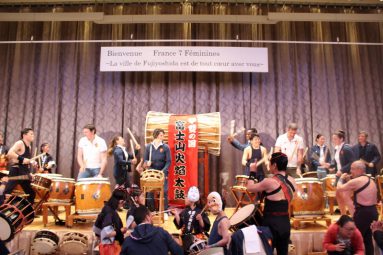 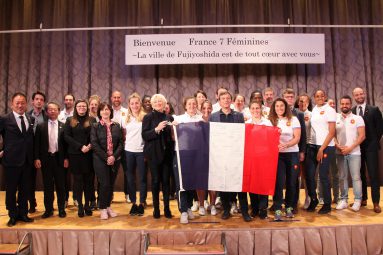 【The Connection between France and Fujiyoshida City】
Since the establishment of Fujiyoshida’s sister-city relationship with Chamonix Mont-Blanc, France on October 9, 1978, our two cities have continued to share in a wide range of meaningful cultural exchanges and deepen our friendship. In addition, through our designation as an Olympic Host Town for France in June 2016, our city has embarked on numerous new efforts to promote international friendship through cultural exchanges with France.