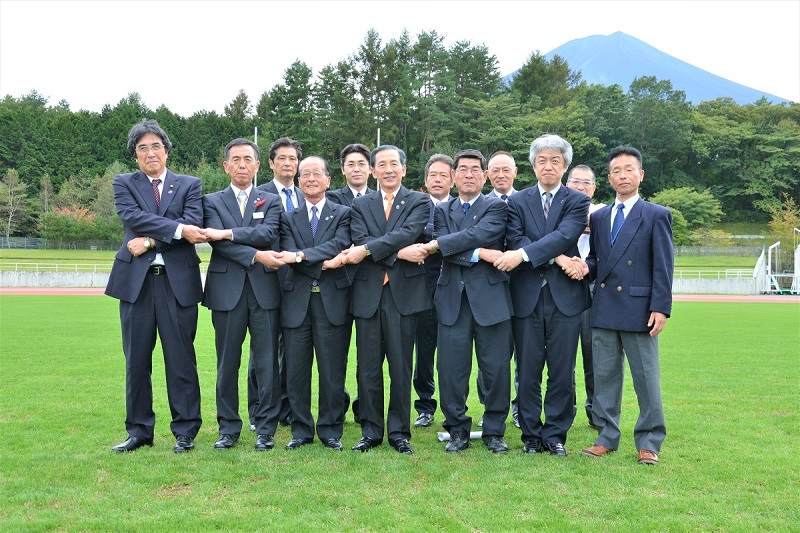 Fujiyoshida City has facilitated several exchanges to promote their Olympic Host Town agreement with the nation of France leading up both the 2019 Rugby World Cup as well as the 2020 Tokyo Olympics with the help of countless individuals and organizations,

Hosting the French National Rugby Team during the 2019 Rugby World Cup in particular would not have been possible without the support of such organizations as the Yamanashi Rugby Football Association, Rugby Promotion Association of Yamanashi, and our legacy advisor Mr. Yuichi Ueno. We believe that this experience provided us with the necessary know-how to successfully host the French national rugby team during the upcoming Tokyo Olympics. We look back on the experience fondly and hope to carry on its legacy into the future.

Here we hope to reflect on the ways in which we prepared for the 2019 Rugby World Cup and address how our past efforts inform our planning process as we face new challenges leading up to Tokyo 2020.

Preliminary deliberations began in March 2015 when the Fuji Five Lakes Rugby Football Association approached the local governments of Fujiyoshida City and Kawaguchiko Town with an interest in securing a bid as an official Team Camp during the 2019 Rugby World Cup. In September of the same year, the Rugby World Cup Organizing Committee conducted an inspection of local facilities to determine the region’s viability as an official Team Camp. 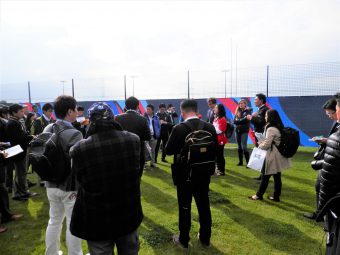 The governments of Fujiyoshida City, Kawaguchiko Town and Yamanashi Prefecture worked in unison in efforts to host the French National Team during the Rugby World Cup.

The “Fujiyoshida City Kawaguchiko Town Rugby Camp Invitation Liaison Council” made up of local organizers and government officials was established in October 2016 to unify efforts toward securing the Team Camp bid. Members exchanged ideas and shared information regarding the selection process, potential training facilities and accommodations. 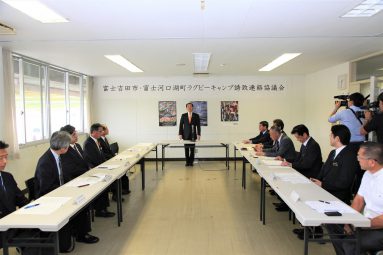 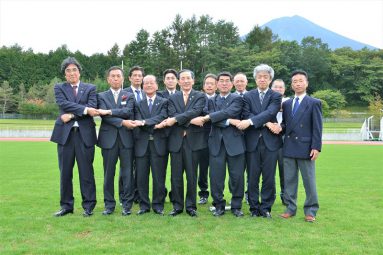 With the Mayor of Fujiyoshida City as director, the liaison council, otherwise comprised of affiliated bodies such as the Yamanashi Rugby Football Association and representatives from various training and accommodation facilities in the region, worked closely to move the rigorous selection process forward.
(pictured center) Shigeru Horiuchi, Mayor of Fujiyoshida City

An additional effort conceived later in January 2018, by request of the Yamanashi Prefecture Rugby Football Association and the Rugby Promotion Association of Yamanashi, would begin a separate, parallel process to host the team for preliminary training even prior to the start of the official Team Camp.

All such efforts would eventually pay off beginning in February 2019 when Fujiyoshida City, Kawaguchiko Town, Yamanashi Prefecture and the French Rugby Federation signed a preliminary agreement designating the region as a pre-training site, and again soon after in April 2018 when the four parties were finally able to secure the region’s bid as the official Team Camp for the French National team.

As the tournament drew near, it became increasingly evident how valuable the work of the liaison council had been. Accordingly, the previous council was expanded to include police, fire, and medical personnel and renamed the “Fujiyoshida City and Kawaguchiko Town 2019 Rugby World Cup Team Camp Organizing Committee” in May 2019. 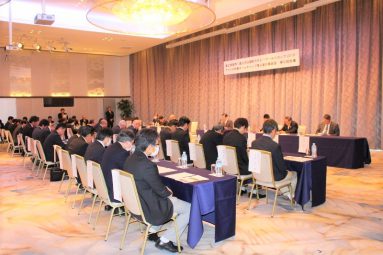 Members of the Organizing Committee worked tirelessly over the next four months leading up to September 2019 tackling various challenges within their respective fields of expertise to prepare for the arrival of the French National Team. 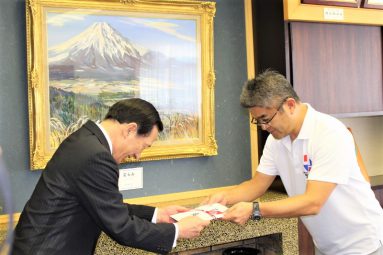 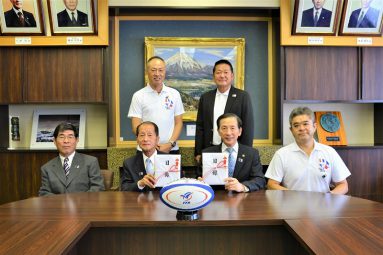 The work of the committee was not only funded by government funds but also by contributions made by private donors.

Though there were countless obstacles and challenges along the way, thanks to the diligent cooperation between parties, the Team Camp for the French National Team would eventually prove to be a great success. Though the committee was dissolved in February 2020, the contributions of each party in their respective fields will continue to be an invaluable part of the legacy of this and future such undertakings.

We anticipate that the same parties will be called upon to lend their expertise and insight as we prepare for the pre-tournament training of the French National Rugby team leading up to the Tokyo Olympic Games. We hope to use all of the lessons learned in making this endeavor a similar success.