The French Female Rugby Sevens prepared for the Tokyo 2020 Games at their pre-tournament training camp in Fujiyoshida City. On July 17 (Saturday), the city hosted its annual city summer festival virtually due to concerns regarding COVID-19. This virtual summer festival was designed so that local residents could watch the various performances and events from the safety of their home on their televisions and smartphones. 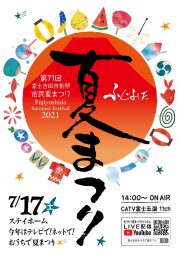 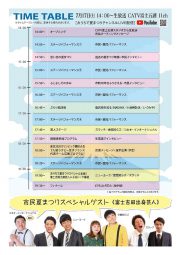 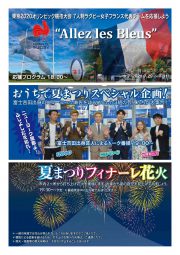 Typically the festival is a lively event where various performances are put on and vendors line the streets, and crowds of people gather and celebrate the city’s foundation. However this year the festival was reimagined, and performances by local children and groups, as well as a special appearance and comedic sketch by a famous local comedians were pre-recorded and streamed live.

The French Female Rugby Sevens agreed to a live appearance at this year’s virtual summer festival and helped to liven the event. During their appearance the team had several kind things to say such as “this is my third time coming to Fujiyoshida, but each time I am grateful for the warm hospitality, and flawless training environment that the city provides for us” and “spending time in Fujiyoshida City away from the city has given me an opportunity to refresh,” and “We hope to be able to give back to city by doing our best at the Games.” In the end the team gifted a signed shirt to the city. 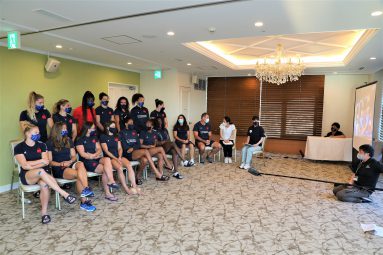 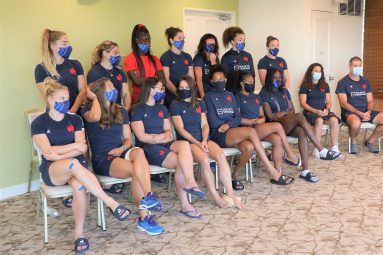 Local residents commented on their appearance saying “so grateful for the team for making an appearance” and “looking forward to the public practice.”
Though this time the festival was held virtually due to the pandemic, we hope that the French team will one day be able to join us at the festival in person, interact with the local community, and experience a real Japanese “omatsuri” (festival) in the flesh.