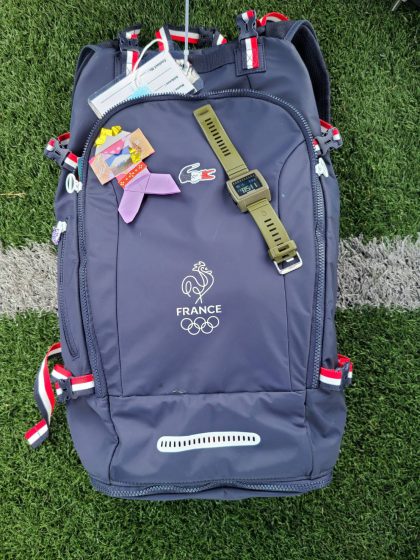 Fujiyoshida City hosted the pre-tournament training camp for the French Women’s Rugby Sevens leading up to the 2020 Tokyo Olympics. During their training camp, Fujiyoshida City gifted towels made of local textiles, small pouches, and postcards to the team. The team in turn presented the city with a signed uniform, French Rugby Federation pins, and keychains. With the team’s blessing, a portion of the gifts from the team were raffled off to spectators during their public practice.

In this post we would like to share the gifts that were given to the team not just from the city but also from local businesses and individuals. Many people from the local community expressed excitement at the opportunity to present the team with gifts to commemorate this once in a lifetime experience.

The team and staff were visibly elated to receive so many thoughtful gifts and commented that they were moved by the city’s hospitality. 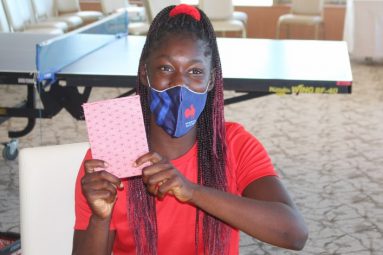 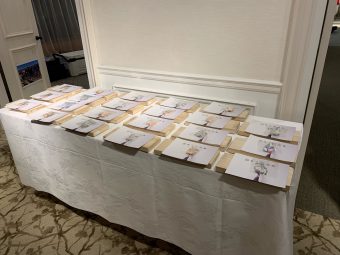 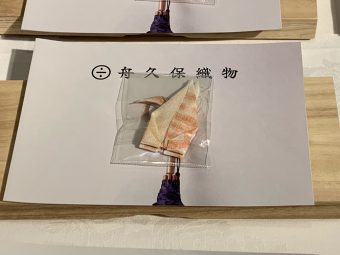 A sensu foldable fan and origami crane were gifted by Funakubo Orimono known for their expertise with the hogushi-ori technique which was first developed in Lyon, France.

【Gift from a Fujiyoshida brand dessert company】
Original desserts designed as part of a city promotional project were presented to the team during their dinner reception. 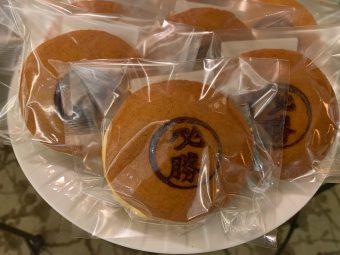 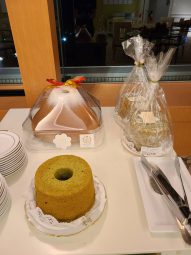 The team also received Madeleine from local confectioner Abend and roll cake from local cake shop Qurulu and could be seen taking pictures of the sweets. 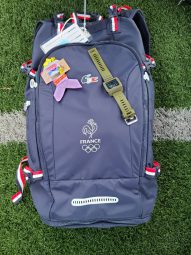 JCE, a local volunteer-led language-learning classroom, gifted several handmade origami decorations to the team. (The photo shows team captain Fanny Horta’s bag where the origami can be seen right next to the sponsor logo)

Some people also provided some gifts independently like a mask charm, a gift fitting of the times, and an omamori amulet that had been blessed at the shrine at the summit of Mt. Fuji (team captain Fanny Horta could be seen carrying this omamori amulet as she walked out onto the pitch for their final game *see more here ↓).
https://rugby-rp.com/2021/09/14/sevens/71450

Because access to the team was limited due to the pandemic, these gifts were given to the team by a third party staff member. The team expressed their gratitude to public for thinking of them and vowed to return the kindness with a great performance at the Games. During their public practice, the team directly addressed the public and expressed their gratitude to everyone who showed their support with gifts and otherwise as they posed in a socially distanced group photo.

We look forward to continuing our relationship with the France national team in anticipation of the day that the team might return again.