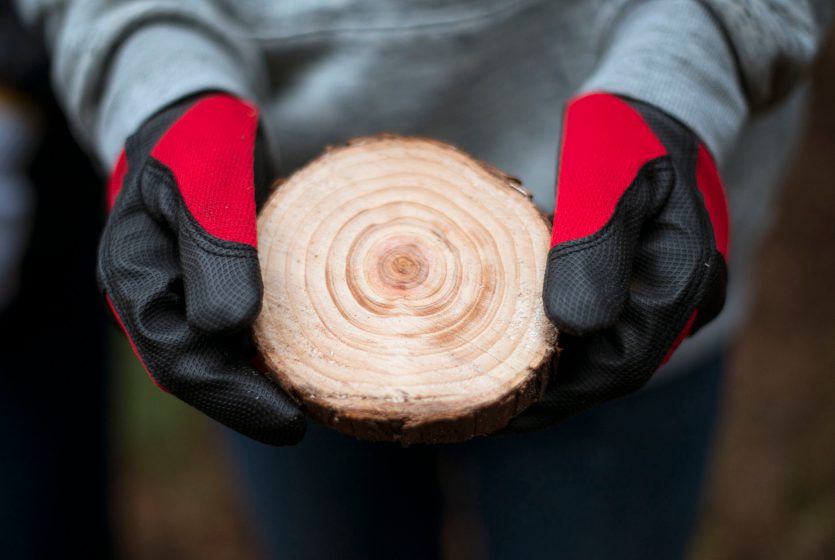 Timber: The roots of Japanese construction is on the verge of “renaissance”Part 2: Timber from around Japan for the athletes’ village

Another objective of Kita Elementary’s activities is to give pupils an opportunity to meet those who protect and nurture Hadano’s forests and the work that entails. Among the officials assisting the children were members of the local forestry association.

“The tradition of managing the forest has been handed down over the years,” says Sadao Sugizaki, 72, a project leader, who attended the school when it was still a wooden structure. “The Olympics project has provided a ray of light to a struggling industry.”

The decline in domestic demand for Hadano’s wood is a trend found in timber-producing municipalities throughout Japan. Since the late 1950s, domestic producers have been overlooked in favor of cheaper imports, particularly from Southeast Asia and North America.

Yet, while that trend continues, recent government reports show it‘s not all gloom and doom for domestic lumber.

A major export target is China, whose imports increased eight points between 2013 and 2017 (to 56.4 percent). These are expected to grow further following the announcement in 2017 of prohibitions on commercial exploitation of China’s own forests.

Some believe the future of lumber is bright. World-renowned architect Kuma Kengo, who designed the new – and very wooden – National Stadium that will be the centerpiece of the 2020 Olympics, stated in one interview that “a renaissance for timber construction” was already in progress.

If that should prove to be the case, Japan will need to overcome a notable issue that has long plagued its forestries: namely a dearth of young people in an industry widely known as “3K” – “kitsui” (hard), “kitanai” (dirty), and “kiken” (dangerous).

An important factor in the increase of younger workers is the efforts being made at national and local government level to find new ways to utilize domestically grown lumber.

Domestic timber consumption was among the topics discussed by members of Japan’s National Governors’ Association when they gathered in July. Project leader and Tokyo governor Yuriko Koike announced a 10-point plan to encourage local governments to come up with new initiatives in order to precipitate a “big movement … where domestic timber is used at home and abroad.”

This would go a long way toward realizing a national government plan to achieve 50 percent timber self-sufficiency by 2020, which would seem feasible for a country whose land is two-thirds forest, 40 percent of which are man-made and approaching their usage period.

Alternative uses for wood are also gaining traction. During the 2019 Tokyo Motor Show, for example, Japan unveiled a supercar made from structural components of lumber, though this is very much a vehicle of the future.

In the interim, the Olympics’ “Operation BATON” sustainability program has provided a boost to Hadano and 62 other lumber-producing municipalities around Japan who were selected to contribute. Collectively they supplied 2,000 cubic meters of timber for the athlete’s village, which will be developed on a 440,000 sq. meter plot in Tokyo.

Each piece of wood used is engraved with an official seal for legacy purposes and after the Olympics the plaza will be dismantled and the wood returned to each municipality for recycling.

Ironically, perhaps, one of the contributing municipalities in Yamagata Prefecture plans to use its wood to construct an elementary school.

Hadano, meanwhile, has yet to decide an end use for the returned lumber, says official Hattori. “We hope to use it for something that will strike a chord with children. As it’s their wood, that seems appropriate.” 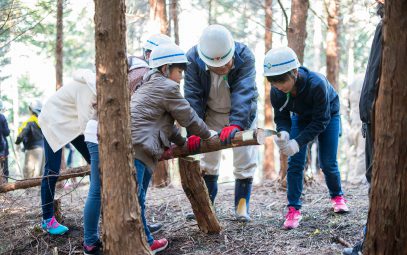 Hadano branches out to support athletes at 2020 Tokyo Olympics