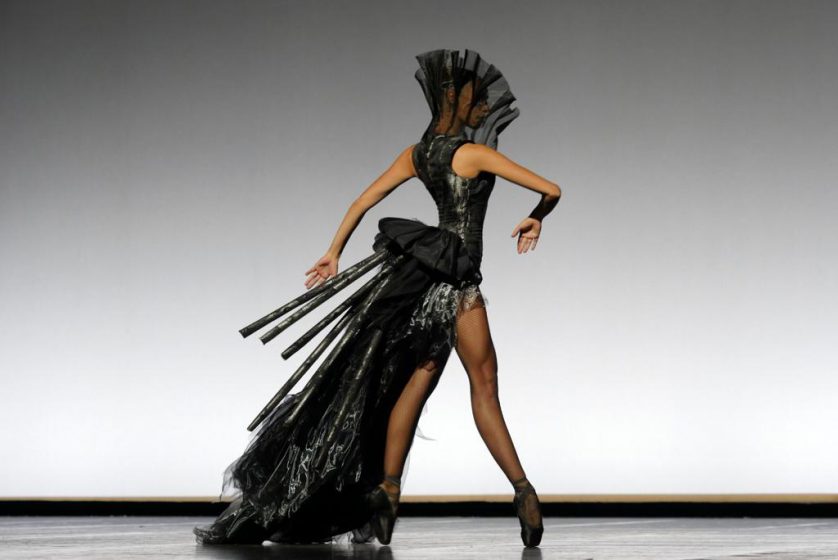 As an Olympic Host Town, Fujiyoshida City has strived to implement a wide range of social, economic and cultural exchanges with the nation of France. One component of the Host Town exchange plan was the promotion of locally produced textiles to a global audience.

In Part① we introduced the creation process of the actual costumes. In Part ② we want to delve into the various cultural exchanges that took place within the city in line with the August 11, 2019 opening of “PARIS BALLET LEGENDS,” a star-studded ballet exhibition featuring prima ballerinas of the Paris Opera Ballet and other world class dancers.

Crowds gathered from inside and outside the prefecture to attend the opening at the YCC Prefectural Cultural Center in Yamanashi Prefecture to witness world class dancers donning costumes created by Agnes Letestu. Frederic Fontan was the artistic director on the production, and textile manufacturers from Fujiyoshida City and Nishikatsura Village provided raw materials to produce costumes for key performance pieces such as “Le Corsaire” and “Don Quixote.” Locals in the audience were moved by the opportunity to witness this rare pairing of locally produced textiles and world class ballerinas.

The ballet costumes and other haute couture designs were on display at the venue, allowing audience members to get up close and personal with the project. Promotional materials showcasing the history, unique characteristics and production process of local textiles were also on display with some samples available for purchase, drawing large crowds of spectators.

【Costumes created in project being worn during the performance】 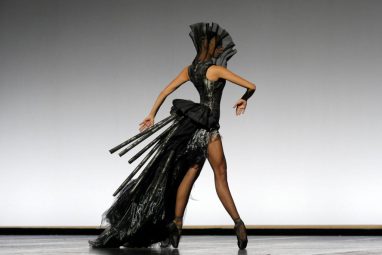 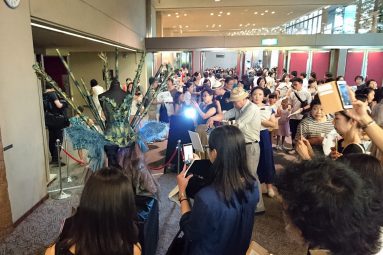 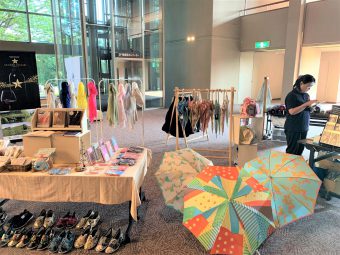 Leading up to this grand opening, a smaller more intimate ballet workshop was held at the Fujisan Hall in Fujiyoshida City and was attended by ballerinas from throughout the prefecture. The participants were visibly nervous, taking direction from Ms. Letestu with great seriousness and focus and watching with great admiration as the former prima ballerina modeled moves and provided tips and cues for a nearly two hour workshop. Participants voiced their gratitude for the invaluable opportunity to participate in a workshop with one of the top dancers of the 20th century. 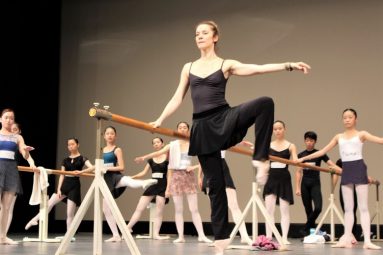 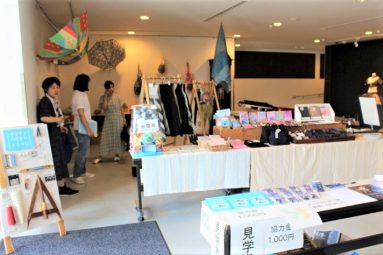 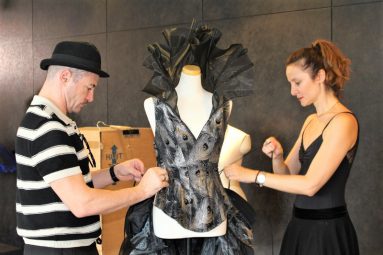 This was remarkable opportunity for us to use ballet, a cultural legacy of France treasured throughout the world, as a platform to promote our city. It proved to be a tremendous asset that would never have been possible without the cooperation of countless supporters. We are deeply grateful to Mr. Fontan and Ms. Letestu, the dancers, the Paris Opera Ballet, production staff, and the textile manufacturers of Fujiyoshida City and Nishikatsura Village.

We feel strongly about carrying on the legacy of this project as part of a larger effort to promote international relations through the Host Town program.

Fujiyoshida City owns the rights to two haute couture costumes that were created in this project and both can be found on display at the Fujisan Museum. (For information regarding the duration of the exhibit, please refer to the Fujiyoshida City website) 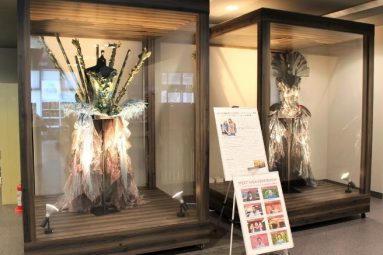