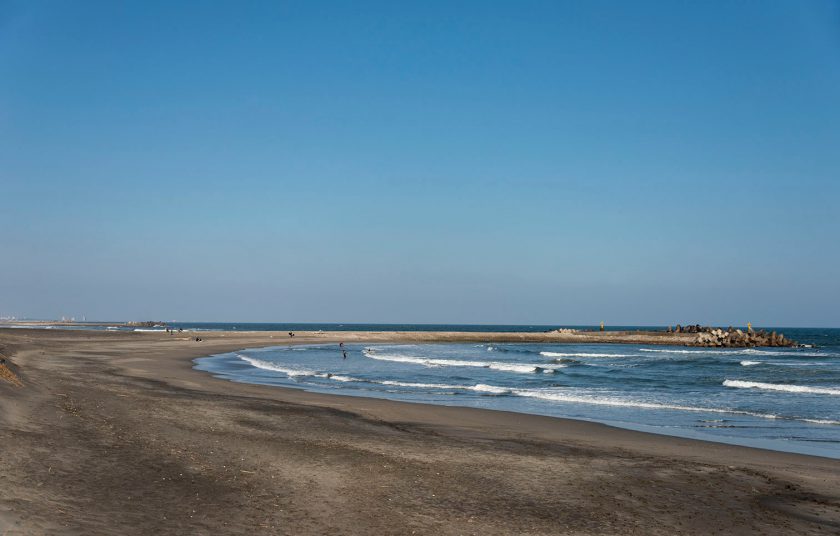 It’s an early winter weekday, but staff at Third Place guest house in Ichinomiya, Chiba Prefecture, are far from winding down for the off-season.

After checking in two guests, owner Toshimune Hashimoto and his deputy, Keita Irie, wave off a few local surfers who have been using the showers, changing facilities and surfboard lockers that are a feature of Third Place, a Western style accommodation located a short walk from Ichinomiya’s main surfing beaches.

Now in its fifth year, Third Place has gradually garnered a healthy following, especially among boarders, who represented about 80 percent of guests this year, according to Hashimoto. “It’s been a weird, unexpectedly busy year,” he says.

Strange, not least considering guest numbers slumped to zero in April and May, when Ichinomiya closed its doors to surfers and other visitors as part of its strict coronavirus countermeasures.

And the postponement of the 2020 Tokyo Olympics presented a further blow: not only was Ichinomiya set to host the inaugural surfing event at the Summer Games, but Third Place had been block-booked by the United States Olympics surfing team and its entourage.

“We’d worked hard to get things ready so [the postponement] was disappointing,” comments Hashimoto, 42, as he winds up the shutters of what looks like an oversize garage, but is in fact a workout-cum-recreation studio he had purpose-built for the U.S. team.

“[During those periods] we are usually booked up a few months in advance, so I was worried if we’d be able to recoup the losses. We ended up being chockablock from June through September, with more bookings than last year, in fact. I even had to take on another staffer.”

Third Place’s surfing school was also busy, says instructor Irie, 36, a former surfing goods salesperson for sports retailer Oshman’s in his hometown, Tokyo, and another staffer Hashimoto recruited in mid-2019 in preparation for the Games.

Olympic fever, and then the corona pandemic, led to a spike in demand for lessons, he says as he stands on the chicly rustic decking area that fronts Third Place, a row of wetsuits drying on a fence behind him. While the winter months are usually the sole domain of “hardcore” boarders, other less seasoned enthusiasts continue to ride Ichinomiya’s waves, he adds.

Irie is one of six full- and part-time staff employed at Third Place, three times the number it started out with, says owner Hashimoto, who moved to Ichinomiya from Tokyo when he was in his 20s in search of an alternative lifestyle.

The guest house is one example of how Ichinomiya’s burgeoning newcomer population—the majority of which are, like Hashimoto, surfing enthusiasts with young families—is helping to overcome an all-too familiar problem in many Japanese rural communities: the exodus of young people for cities such as Tokyo.

According to a recent survey conducted by the town, 174 residents left Ichinomiya between July 2019 and March 2020. Almost half of them (48.3 percent) were in their teens and 20s, while a further 25 percent were in their 30s.

Among the main reasons for leaving the town was “employment-related issues” (59.2 percent), while 51.9 percent of respondents said “enhancing” work opportunities was key to making Ichinomiya more liveable. A further 46 percent said revitalizing the town center would also help.

Indeed, while coastal parts of Ichinomiya are going through what one newcomer resident terms a “real construction bubble,” particularly along Route 30, the happening coastal road better known as “Surf Street, the commercial area near the town’s main railway station 2 km inland has clearly seen better days.

Efforts have been made to bridge the gulf between them and spread the benefits of the estimated 600,000 surfers who visit the town annually, according to town official Takaaki Watanabe.

Among them is Suzumine, a public-private project opened in 2017 that aims to provide affordable business spaces for local entrepreneurs and visiting surfers.

Located inside two renovated buildings in central Ichinomiya, one formerly a home, the other a watchmaker’s, the upper floors are divided into smaller office and telework spaces, while the lower floors are set aside for stores.

One of the current occupants of one of the ground floor stores is Nobuyuki Usami, CEO of Ichinomiya Travel Service LLC, who returned to Ichinomiya in 2017 after spending 15 years living in Saitama Prefecture, where he studied and worked in the tourism industry.

“Once when I was visiting my parents, I suddenly realized the shuttered stores and general decline, especially along this street, which is where I was born and where my parents and grandparents had a seafood market,” says Usami, 38, whose company offers cycling and walking tours and also promotes a plethora of local arts and crafts businesses. “So I wanted to help revitalize the street and thought the best way was to bring people here through tourism.”

The company’s cycling tours proved to be particularly popular with foreign visitors, who are introduced to some of the town’s historical spots, forests, and scenic coastline as well as the town’s agricultural zone—including blueberry farms and pear orchards—that lies between.

“It’s only a small town, but it has great natural variety and history, which I want as many people as possible to see and enjoy,” says Usami, who had originally wanted to start a public-private destination marketing organization but couldn’t secure timely backing.

Since the coronavirus pandemic hit Japan, visitor numbers have plummeted, to the extent that Usami has been forced to seriously consider shutting up shop, which would reduce Suzumine’s current occupancy to just two businesses.

The town’s Watanabe calls Suzumine “a key component” in Ichinomiya’s “surfonomics,” which aims to exploit visiting surfers to revitalize the town. “It’s a place in town that can lure surfers and other visitors from the coastal area,” he says, adding this may lead to further employment opportunities.

For some residents, the town has become complacent, relying too much on the hordes of surfers who visit each year and those who decide to settle here, who, according to municipal data, still slightly outnumber the leavers.

According to Shin Sasaki, a surfer enthusiast from Saitama who moved to Ichinomiya with his family and opened a real estate business near the seafront in 2007, other municipalities in the area, such as neighboring Chosei and Mutsuzawa, have been far more proactive, with public and private entities working together to create new industries.

“The main similarity between the two? They are not surf towns,” says Sasaki, 42, who like Third Place’s Hashimoto also employs local residents to help run his business. “Because there are no surfers the municipal governments there have no choice but to do their best. Ichinomiya doesn’t have to do anything: the surfers will still come.”

Hashimoto agrees, and believes the town has huge business potential that could be tapped into by public-private ventures while helping to stem the flow of young leavers.

Yet, he is adamant that those same young leavers hold the key to the town’s future. “What Ichinomiya needs most is new, innovative ideas, which are more readily available in the cities,” he says. “But how can we get them to return with those ideas is the key question. With my children, I have nurtured a love of surfing, and a different lifestyle. Perhaps that’s the answer.” 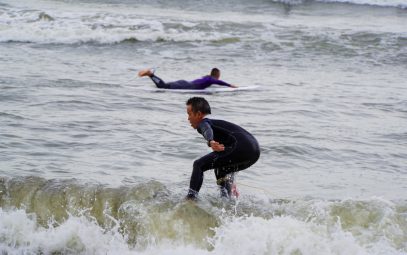 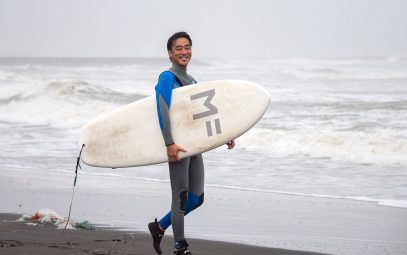 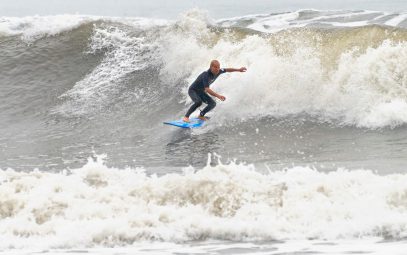