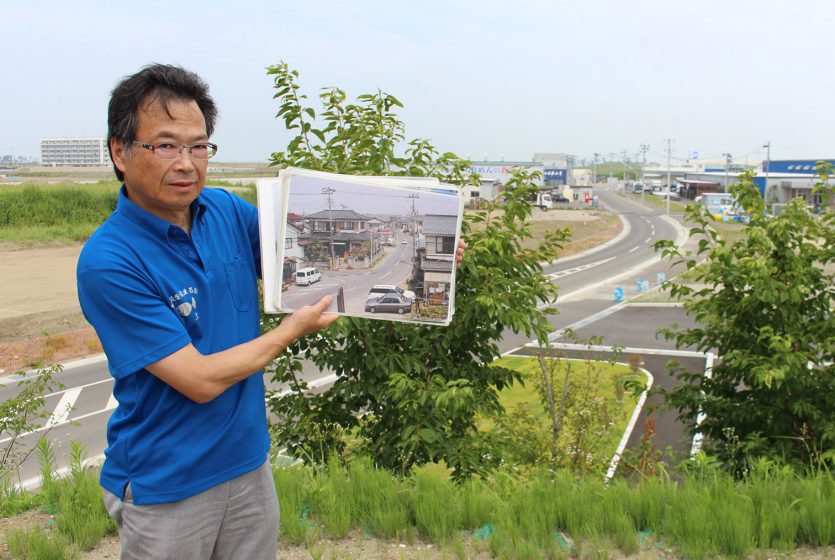 The story is simple, but heartbreakingly difficult for Naomitsu Kakui to tell.

At 15:26 on March 11, 2011, marauding tsunami waves inundated the Yuriage district of Natori City, Miyagi Prefecture, taking with them Kakui’s family home and many others in the coastal part of the community. The disaster accounted for the deaths of more than 10 percent of Yuriage’s 7,100 population, including Kakui’s parents.

Almost a decade on, this chapter of his life is no easier for Kakui to recall, even though he does so frequently in his role as a kataribe, or storyteller.

“I want to make sure people don’t forget,” says Kakui, 61, a disaster prevention expert who formerly worked for a sports goods retailer. “Places up and down the coast were devastated beyond recognition. Over the intervening years, recovery efforts have proceeded and new communities emerged, but we should remember and learn from past events.”

In the aftermath of the 2011 disasters, which accounted for up to 18,000 lives throughout the Tohoku region of Japan and displaced hundreds of thousands more, a number of kataribe emerged from the devastation.

Indeed, it was after hearing about such storytellers in Minamisanriku and Kesennuma, two of the most devastated townships in Miyagi Prefecture, that Kakui resolved to assume the role in his own community.

“I had already been showing around visiting family members and friends, but didn’t really consider myself a kataribe at the time,” he says.

Another inspiration was the recovery during reconstruction work of a stone signpost from the depths of the Teizan Canal, which passes through Yuriage.

“Nobody knew what it was, but it had been erected (in the area) in the aftermath of the Sanriku tsunami of 1933 to indicate where the waves had reached,” Kakui explains. “So it commemorated a tsunami of less than 80 years ago, but people had already forgotten. They didn’t inherit the experiences from previous tsunami. I found that very regrettable and upsetting.”

He immediately formed a group of kataribe who would speak about the disasters, but also about pre-disaster Yuriage, a small fishing community at the eastern extreme of Natori City, which neighbors the prefectural capital, Sendai.

They also started a community newspaper, interviewing countless residents, whose stories and photos augmented their own activities as kataribe, which have a long history in Japan and exist today in other forms, including in the entertainment world.

“Since the disasters much has changed and the visual aids help people to see how things were, but also how the recovery efforts have progressed,” says Kakui, whose kataribe group spoke with over 200 student and other groups annually up until 2014, since which numbers have almost halved—another example of the human tendency to forget with time, he says.

Like many municipalities in the region, that community has changed irrevocably.

According to one post-disaster survey, two-thirds of the residents who had lived in the most affected area of Yuriage expressed a desire to move further inland due to fears of future disasters. Ultimately, however, local authorities pushed ahead with a reconstruction plan that envisaged 5,500 people living in that area, as before the disaster, a figure that eventually had to be revised to 2,100 after disgruntled residents rebuffed the proposal.

Construction of the new housing complex only got underway last year and according to Kakui around 30 percent of the current population of the area are new residents lured by inexpensive accommodation and the district’s proximity to Sendai. The majority of the remainder are elderly living alone, Kakui adds.

“We are trying to relay our message to new residents, too,” says Kakui, who has spoken at schools and community centers and recently founded Fram Natori, a non-profit organization, whose main objective is community building through various activities. “I believe kataribe have a role to play (in rebuilding communities).” 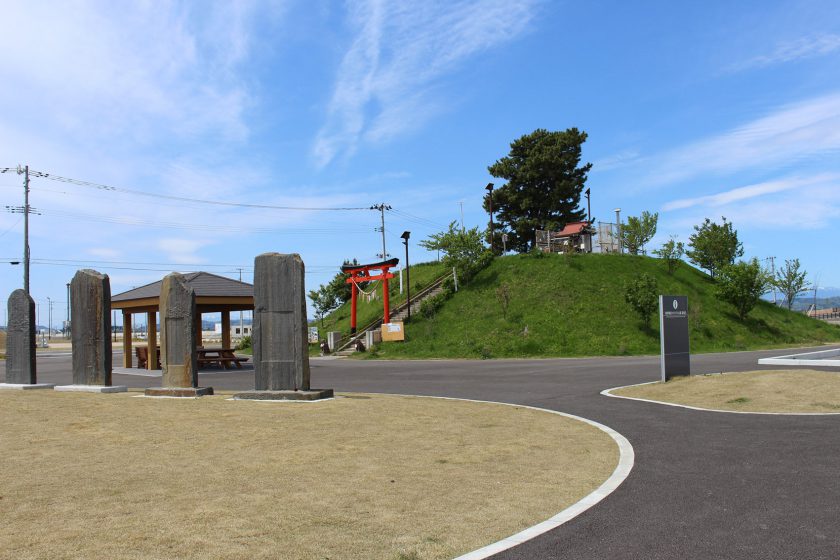 “We are trying to relay our message to new residents, too,” says Kakui, who has spoken at schools and community centers and recently founded the general incorporated association, Fram Natori, whose main objective is community building through various activities. “I believe kataribe have a role to play (in rebuilding communities).”

The Miyagi prefectural government would seem to agree and has engaged 44 kataribe among its 1,700-strong volunteer workforce during the 2020 Tokyo Olympics, when 10 men’s and women’s soccer games will be held at the prefecture’s Miyagi Stadium.

During the Games, which have been postponed until 2021 due to the coronavirus pandemic, kataribe volunteers will be stationed at Sendai International Airport, which is located just south of Yuriage, and Sendai’s main railway station to tell stories of the tsunami and the recovery efforts around the prefecture.

“There are three main objectives: to relay information about the disasters and about the recovery, and to express our heartfelt gratitude,” says Hiromichi Goto, who is in charge of the volunteer initiative at Miyagi Prefecture’s Olympic and Paralympic promotion division. “We benefitted from various support from all over the globe and the kataribe and all the volunteers want to show our appreciation.”

Among the kataribe volunteers are university students who were still in elementary school at the time of the disasters and are eager to relay not only their stories of loss, but also to tell of the courage and perseverance that has characterized local residents’ efforts to bounce back, he added. “Memory fades with time, so this is a chance to remind people and show how things have moved on.”

Kakui has also volunteered his services, saying the Olympics provides an opportunity to spread his message to a global audience.

“The 2020 Games has also been called the ‘Recovery Olympics’ and the most important message to all visitors is that disasters are not the exclusive domain of some far away country and we must all learn from the experiences of the past.”