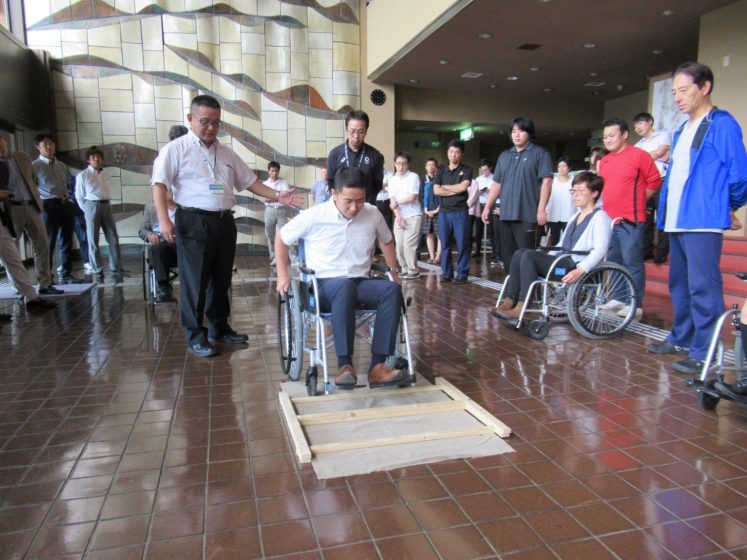 In 2019 Izu City introduced ordinance designating signing as an official language, which followed on from similar regulations passed by the Shizuoka prefectural government a year earlier—one of the first municipalities in Japan to do so.

And while this reflects a growing recognition of those with disabilities in general, the picture is not all sunshine and roses, says Morishima. For example, the city still lacks basic hardware to assist those with hearing difficulties, such as bulletin boards.

Kentaro Ogura, director of the Shizuoka Association for the Deaf, says such deficiencies are not uncommon and the passing of ordinances do not guarantee immediate returns.

On a recent train trip, Ogura noticed how a foreign visitor was able to attain guidance from an English-speaking train station official, while he himself was unable to find anyone who could communicate using sign language.

“I thought as sign language is also a language I would try communicating my needs—that I wanted a ticket for Tokyo—but to no effect,” he says, adding that while the station official made every effort to assist the foreigner, he basically refused to assist Ogura. “I can read and write Japanese, but it’s troublesome and like other signers I want to be able to communicate more freely through sign language.”

Furthermore, tomes on sign language remain on the shelves of bookstores’ “welfare” sections, well away from self-study guides on other languages.

Nonetheless, according to Morishima who is 71 years old, there has been a huge change since she was a child and teachers at schools for the deaf around Japan prohibited the use of sign language in favor of lip-reading.

“I explain (during the classes) how tough it was, how I couldn’t understand what was being said and how it impeded my studies,” she says, adding that outside the classroom environment students would secretly use sign language to communicate. “I also explain that conditions for people with disabilities have gradually changed and that using sign language is a great source of pride among deaf people.”

Among the more prominent examples of change are announcements made by public officials, which are now always accompanied by sign language interpreters, says Ogura, 37. During the coronavirus crisis this has been invaluable for the estimated 20 percent of Japan’s 370,000 deaf who use sign language to communicate, he says.

Izu City has also endeavored to raise awareness by holding a number of workshops and other activities centering around the words “inclusion” and “diversity.”

Among them was a workshop, convened by former Paralympian Yumi Nagao of the Nippon Foundation’s Paralympic Support Center, to raise awareness from the perspective of people with disabilities.

Another was a fact-finding mission on the theme of “universal tourism” to identify any potential barriers around Izu City for visitors with disabilities—an exercise that required officials to tour the town in wheelchairs. A smartphone application that measured gradients around the hilly city helped participants understand further some of the more basic challenges faced, says Izu City official Watanabe.

The city has also held a number of events to let local residents try out equipment used by para-cyclists, such as tandem bicycles for track events that require a sighted pilot for a non-sighted rider, and handcycles used for one of the road race categories.

In other efforts aimed at assisting those with disabilities, the city has put braille information panels in Shuzenji Station, the main point of arrival for visitors, including those heading for the Velodrome.

“We hope that such events will raise awareness,” says Watanabe, “and that public officials and residents alike will relay what they have learned to their families and friends, helping it to spread throughout the community for a more inclusive and diverse future.” 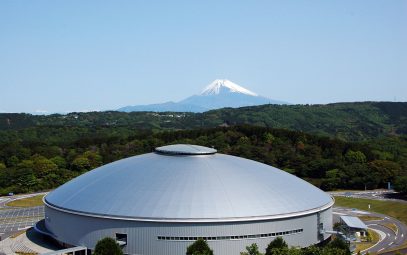 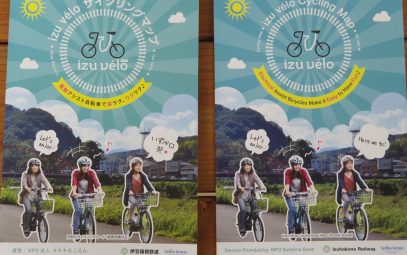 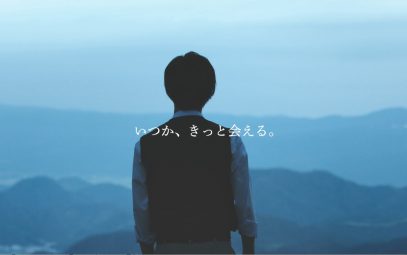