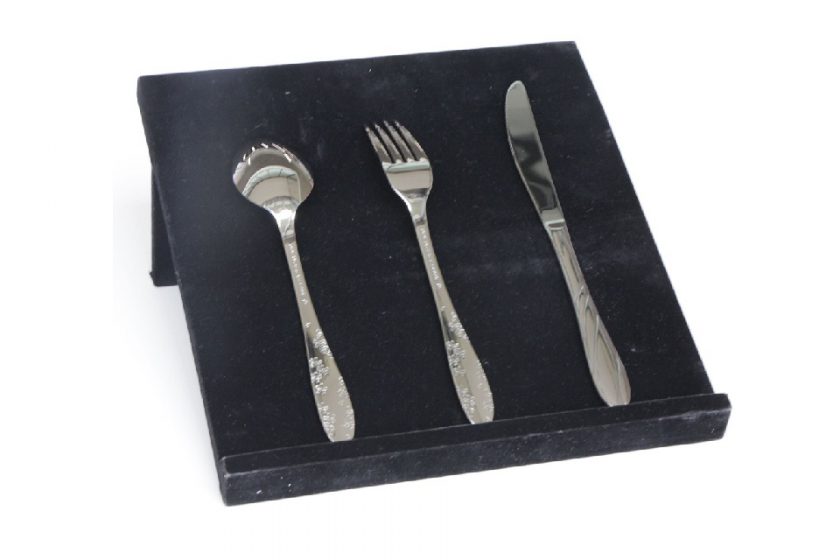 At a press conference held on August 30, Mayor Tsutomu Suzuki of Tsubame, Niigata announced that the cafeterias of the 2020 Tokyo Olympic and Paralympic Games Athletes’ Village would be using cutlery made in Tsubame. Mr. Suzuki commented, “I hope this will provide an opportunity to promote the quality of Tsubame’s cutlery to the world.”

The cutlery to be provided will consist of knives, forks, and spoons, with a total of 26,000 to 30,000 each being provided free of charge. They will be used in the main dining hall, which will be open 24 hours a day and provide up to 45,000 meals daily, among other locations.

Estimated manufacturing cost is approximately 20 million yen. Tsubame City indicated plans to use the Furusato Nozei (hometown tax donation program to support less-funded municipalities) system for crowdfunding, to collect funding from across Japan. Their target is 50 million yen, with plans to send the same cutlery as will be used in the Athletes’ Village as gifts to backers.

Tsubame City and the Japan Metal Flatware Industry Association, along with others, established the Tsubame Tokyo Olympic Project in 2013 with the goal of having their cutlery used at the Athletes’ Village, and since then have been promoting the project.

Mr. Suzuki commented, “With this project having continued for years, I am extremely glad to see it succeed at last. I hope that athletes from countries around the world will use this cutlery to eat delicious meals, and do their best at the Games.”

The original Japanese article was carried on NIIGATA NIPPO MORE on September 1, 2019. Foreign Press Center Japan is responsible for the English translation. This article may not be distributed, reproduced, or publicly released without the permission of its copyright holders.