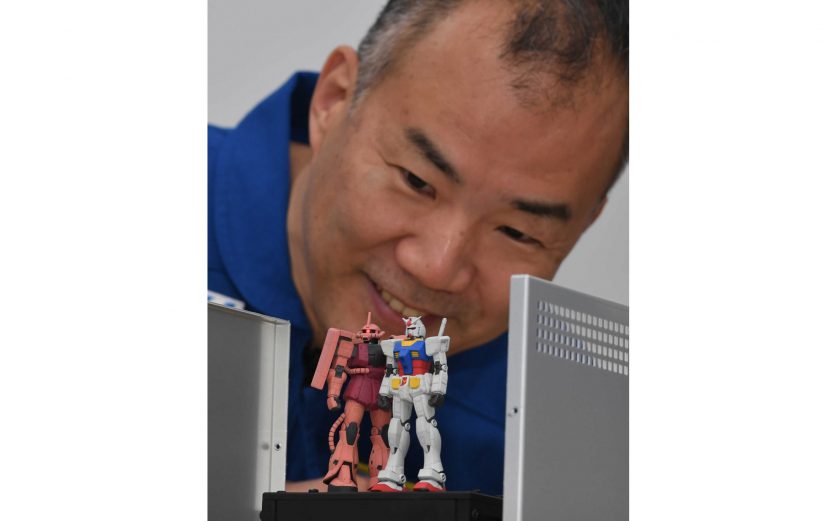 Sending a Gundam with Shizuoka technology to space: Supporting the Tokyo Olympics and Paralympics

On September 4, at the Bandai Hobby Center in Aoi Ward, Shizuoka City, the Tokyo Organising Committee of the Olympic and Paralympic Games revealed models from the anime series Mobile Suit Gundam which will be launched into space in a microsatellite. In cooperation with the Japan Aerospace Exploration Agency (JAXA) and the University of Tokyo, the satellite will be launched in March next year, cheering on the Games with a message from space.

Astronauts Mr. Soichi Noguchi and Dr. Norishige Kanai appeared at the event. Mr. Noguchi stated, “I hope this will show Shizuoka’s plastic model technology, the best in Japan, can even handle space,” while Dr. Kanai commented, “I am of the generation that played with Gundam plastic models. This is a wonderful project that makes me feel like I’ve returned to the dreams of my childhood.”

Two models will be sent on the satellite, 1/200 scale models (9 centimers tall) of the Gundam and Char’s custom Zaku. Since they will be ejected from the satellite into space, a special resin was used so they could withstand temperatures up to 200 degrees Celsius. Mr. Nobuhiro Yamanaka (46), the Hobby Center employee who was in charge of their production, said, “It is an honor to be able to cheer on the Olympics to coincide with the 40th anniversary of Gundam plastic models.”

The satellite will also carry a camera and electric sign, and will send the images it takes back to Earth.

The original Japanese article was carried on The Shizuoka Shimbun on September 5, 2019. Foreign Press Center Japan is responsible for the English translation. This article may not be distributed, reproduced, or publicly released without the permission of its copyright holders.