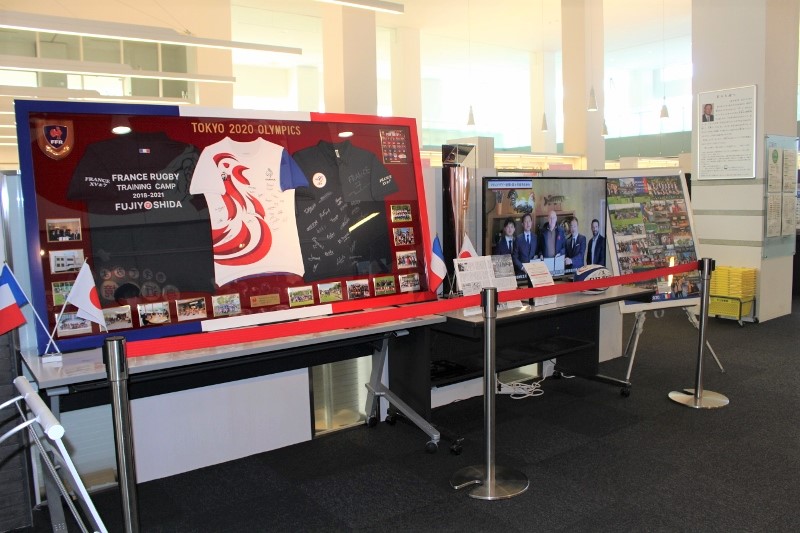 Fujiyoshida was designated as an Olympic Host Town for France in June 2016.
Following designation, the city has hosted the French national rugby team to train prior to the HSBC World Rugby Women’s Sevens Series in Kitakyushu, the 2019 Rugby World Cup, and Tokyo Olympics, and has organized ceremonies, public practices, school visits and much more during each stay.

【Exchanges with the French National Rugby Team】
Fujiyoshida hosted the training camp for the French national rugby team for two years consecutively leading into the 2018 and 2019 HSBC World Rugby Women’s Sevens Series in Kitakyushu. The team visited several famous sites in the area, participated in a welcome reception and ceremony, a public practice, and a rugby workshop with local children. 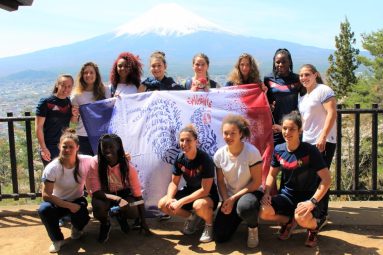 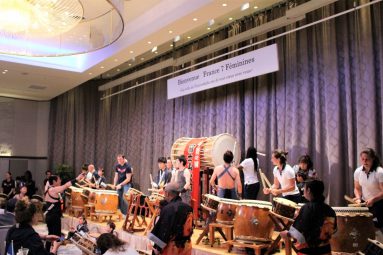 (Photo from 2018: a group photo at Arakurayama Sengen Koen Park and the group trying their hand at taiko drums during their reception) 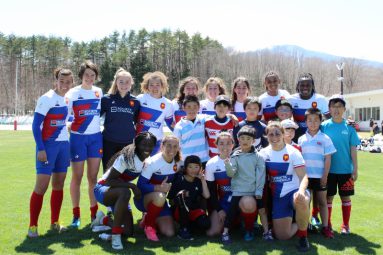 (Photo from 2019: public practice game against the Japanese SDS team and rugby workshop with local children)

In September 2019, the city hosted the French National Team to train as their official training camp leading into the Rugby World Cup tournament. The children of the city were particularly moved by the experience of watching and cheering on these world class athletes in such an up close and personal way. The team undoubtedly gained many new fans during their stay. 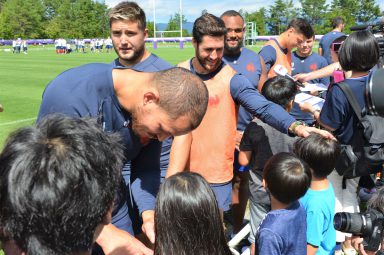 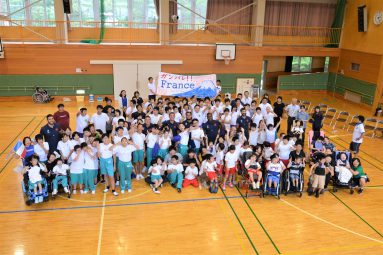 In July 2021 the city hosted the French Female Rugby Sevens prior to the Tokyo Olympics which were postponed for a year due to the pandemic. Though the exchanges with the team were limited due to COVID prevention measures, the time spent with the team was invaluable. 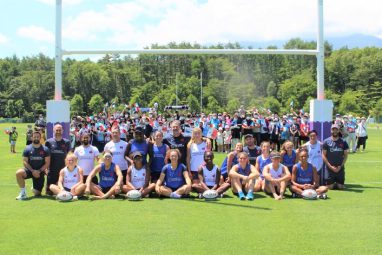 （Group photo from the public practice） 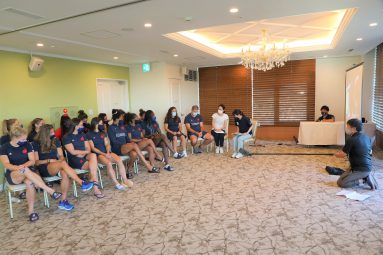 In December 2021, the city organized an exhibition compiling the years of memories with the French National Team with signed uniforms and photographs on display. An Olympic relay torch and video of footage from the team’s training for the Olympics were also displayed. 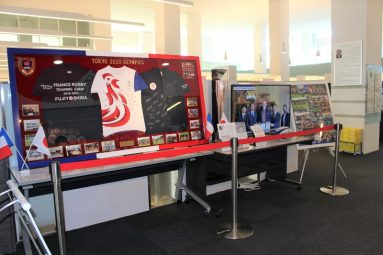 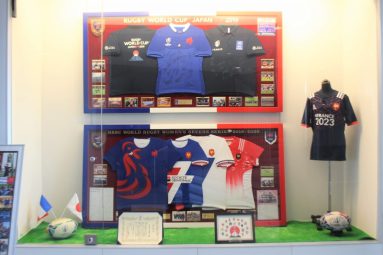 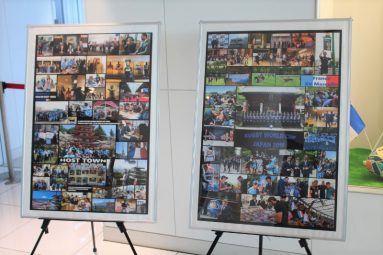 The exhibit was visited by many people who were able to look at the memorabilia and photos and feel a little closer to France.
The city looks forward to continuing to implement exchanges with France from various angles in the years to come leading up to the 2023 Rugby World Cup in France and 2024 Paris Olympics and to treasure the memories and photographs as part of the project’s lasting legacy.