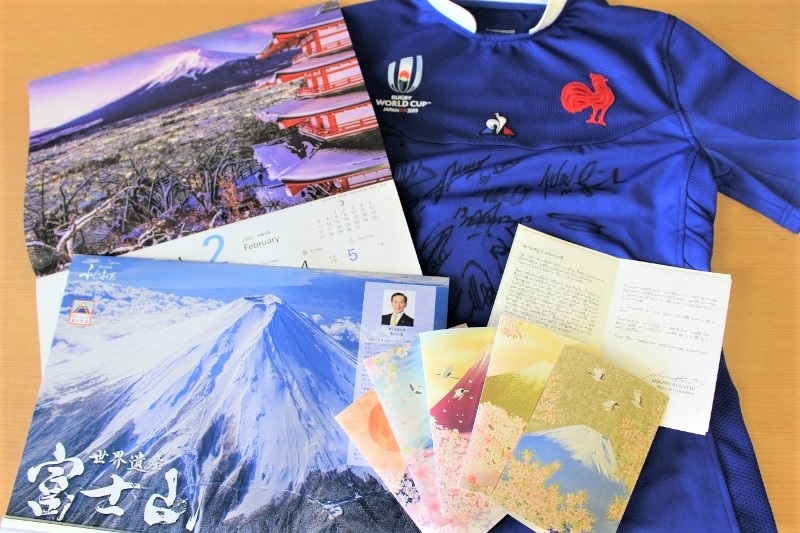 Fujiyoshida had the honor of hosting the French national rugby team during the 2019 Rugby World Cup as the team’s official team camp, and the female Sevens during the Tokyo Olympics as their Host Town. In light of this, the city has implemented several social, economic, cultural exchanges with the athletes and staff of the French national team and people of France.

In June 2016, the city was officially designated as the team’s “Host Town” and in December of the same year, the contract for the training camp was signed into action. In March 2017, Fujiyoshida City assembled the Fujiyoshida City Host Town Organizing Committee to be better able to carry out the various exchanges with France.

The city has been sending the season’s greetings introduced in this segment since the start of the committee. Amongst these, the correspondence with the French Rugby Federation serve as the foundation of the Host Town initiative and the city hopes to preserve this as part of the project’s legacy.

Though in person exchanges including rugby workshops remain difficult amid the
pandemic, we were thankfully able to express our gratitude in a greeting card again this year. 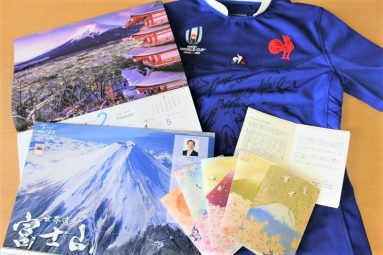 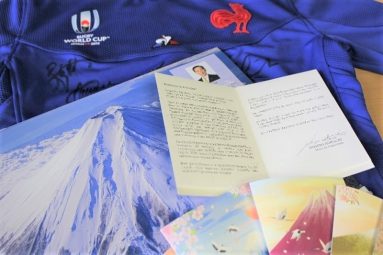 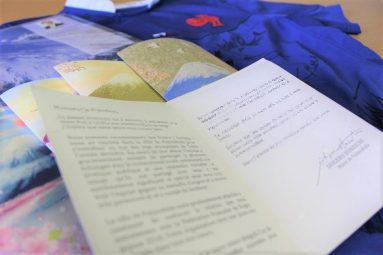 We sent a calendar featuring different views of Mt. Fuji for each month in hopes that the recipients would remember their time in Fujiyoshida fondly.
The city looks forward to continuing to implement exchanges with France from various angles in the years to come especially leading up to the 2023 Rugby World Cup in France and 2024 Paris Olympics.